Nightly builds are the bleeding edge versions of Pencil2D, which contains the most recent fixes and features.

You are a genius

THANKS A LOT FROM ALL OF US!

@Kaiko, thanks for your testing.

I must say that your interactive brush resizing is a great, GREAT addition!
Here an obvious strange behaviour.
When resizing let us say to 50% (100 on the scale), the brush keeps its size while working on the drawing panel. As soon as I press SHIFT the size goes down to 0% and if you were initially intending to diminish its size going to LEFT, it will instead INCREASE its size and there is no decrease size, unless you drag the mouse slowly to the right

Same issue here, built on linux from latest source…i can’t seem to control how the brush is resized. It’s a great idea that just needs some tweaking. If we’re using Shift+drag to adjust size, would it be possible to Shift+Alt(or Ctrl)+drag to change the softness?

And while i’m making brush suggestions, opacity would be a handy thing to have at some point in the future too =o)

well, to be honest, a combination of size, softness, opacity, and blend/smudge is typically all i ever use when drawing digitally, even when more advanced brushes are available. I’m not sure how simple a smudge would be to implement into Pencil, though…that one is mostly just wishful thinking for someday, eventually.

The ERASER-tool dynamic resizing, is acting the same way @Matt

"well, to be honest, a combination of size, softness, opacity, and blend/smudge is typically all i ever use when drawing digitally"
I was going to say that.

Still there is no “blend/smudge” tool yet implemented, but it would give to an artist that little touch of nicelly-done-paint

Thanks guys, your opinion is very important to me. Brush resizing will become better in the next few days.

Should be: As soon as I press SHIFT and tab the pen the size goes down to 0%

So far so good @Matt!

I will tell you later at night, if no sooner, if i find any bug or issue (Today I just checked that you dev team were just crazy !!!.. so many improvements from the previous build that I just think Pencil2D is ALREADY a winner.

CONGRATULATIONS TO YOU MATT AND TO THE REST DEV TEAM.

Just one person was needed to move around our world into one idea: Pencil2D

So @Matt,
Tell me something. With this nightly build, there is no need to use the QtCreator as in your first code source?
Confused

The Dynamic resizing tool applied to the drawing tools is working now as it should be. Nevertheless I would like to ask the dev team one thing.

Is it possible to do an enhancement on this? I mean, pressing SHIFT and dragging the cursor is working just fine, really improved from the last build, and when the value on the slide Size bar reach around “10”, the changes are so sensible at the cursor movement that it has to be done really slow to reach a define number between 0 and 10. From 10 to 200 on the slide bar, the cursor gets better movements accordantly to the drag movement.
Just a fine tuning

I agree, your idea is in my todo list.

Thanks for remembering me that, @Kaiko!

@Matt,
I am not able to build Pencil any more. The empty window is not there but I got an error on Qt Creator: "unrecognised command line option ‘-std=c++11’ "

(About the building package: I am thinking that a piece of information is missing in the (Wiki) guide step-by-step for compiling Pencil. I felt like there is a point when we need to restart our computers in order to get everything running. I done this yesterday and worked. Hope this makes sense)

We made changes in source code, but got some troubles that compile will failed with MinGW. We’ll correct it as soon as possible.

You can pick latest working source code from my fork here: 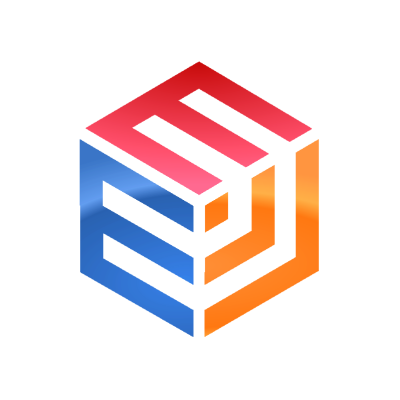 Pencil is an animation/drawing software for Mac OS X, Windows, and Linux. It lets you create traditional hand-drawn animation (cartoon) using both bitmap and vector graphics. Pencil is free and ope...

You have done a VERY NICE JOB !

I am pleased to be here and help you (hope so) to discover issues and bugs… You all definitively deserve our help for all the work you have already done.

I have found some issues, and would like to make some suggestions. I will post them separately.