My lines are glitching

Whenever I first turn on Pencil2D, it works normal. But then after about a minute of using it, my lines start to glitch. When I first draw them, they appear in this weird, big pixel way. After a second the line turns back to normal, but I can’t draw the next line until it’s done. It loads quickly, but it’s super annoying, especially when I have sketchy art. Also, every 1 out of three lines suddenly extends another straight line in a random direction, and that is also super annoying. I’ll send a screenshot of the pixel line problem, first. 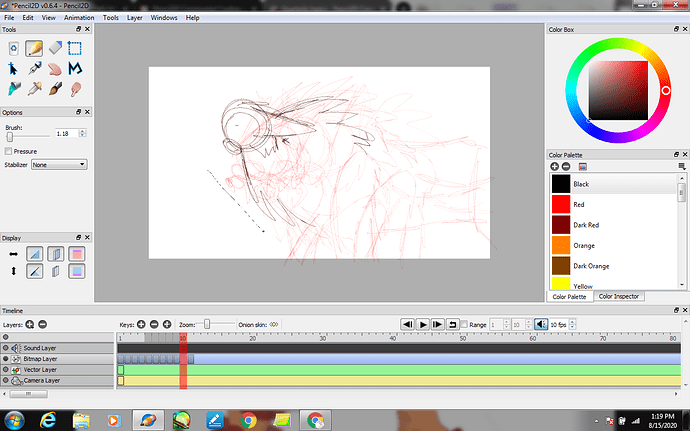 @CreativeUsername Can you try using the latest version of the software and see if this improves or worsens your experience? Just download it from the official website at http://pencil2d.org/download

Don’t delete the version you’re currently using so you can have a base for comparison (you can have multiple Pencil2D version in your computer, since they are not installed but are portable)

@aymanugod Hi. Thanks for reporting! We got a similar report recently. It seems this is happening on screens with non standard resolutions, and are too narrow vertically. So it seems It’s not exactly because of pressing ALT, but rather that when you press ALT the tool changes temporarily to the tool options change too, and this pushes the timeline downwards where it can’t be seen for some reason. Some of our devs were fortunately made aware of this problem, so we hope there is a way to issue a…

If you can’t see the video there follow this link: https://streamable.com/eqd1z0