I fixed most of the bitmap brush engine

Some updates already there !

omg i just found out how to make packages for windows but only for 64bit, is this in your git?

I can’t help you all at the moment. I am having big difficulties building Pencil2D. Qt didn’t even pass the first steps of the building since it showed just one error at the beginning.

This thing of building software is not for everyone

I tested the latest version now, and I noticed a small difference in the brush tool that I didn’t like so much. It is very hard to get faded lines (thin-thick) with the new brush engine.

I don’t know if you can fine tune it’s behaviour because it’s feels a little more static to paint with than the old 0.5.4 version. I at least could by adjusting the sensitivity of the tablet pen archive results that you see on the image to the right. With the new version the range going from thick to thin seem more narrow and doesn’t let me get the same results even if I tried to adjust sensitivity it was impossible to get the same results.

I know this is getting into detail but I would like others to take note of this too and test for themselves and see if it’s a problem for them too.

I just wanted to point this out, thanks for doing the hard work so far I’m not saying it just to be picky but just because it felt more comfortable to get “lively” lines with the old version compared to the new. 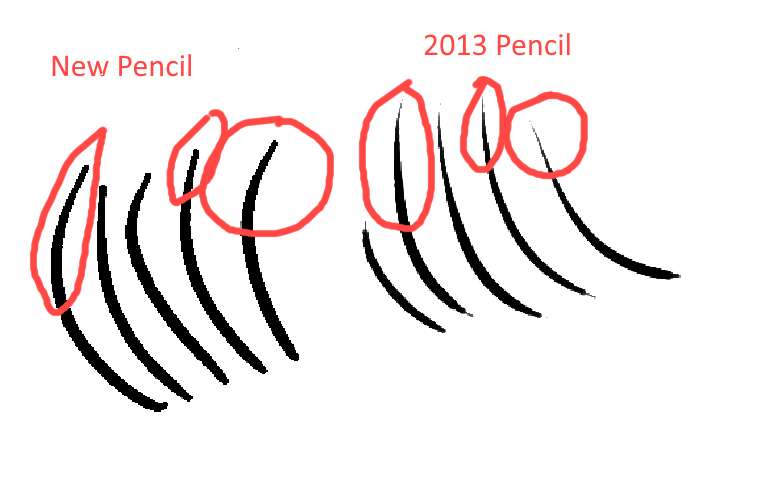 The latest build is a merge between my fixes and Matt’s dev branch which had a lot of good refactoring, so there are many things that still don’t work as expected. I am working on fixing all this.

Actually, I have already fixed the bitmap tools and you will be able to get thin lines again. It is still not on the main repository as I want to fix many other things with it.

It will be available in the next release. Hopefully very soon.

Thanks for the heads up. Glad to hear it’s already taken care of. I’ll continue practicing with the new version.