Pencil2D state of Art- Alternative ways are to be considered ?

After a long silence (and some disturbing spam events), I am back here.

I see that the Pencil2D project is alive and kicking. That’s good !
Anyway, I read that many issues are still to be fixed, too.
And the current version is not yet stable.
The great job made by the main developers (Matt and François) is really worth of praise, but…

Are we all sure that this is “the one and the right” pathway to a stable, consistent and effective version of the app ?
Another language, another software architecture, another framework and other dependencies … are feasible alternative, already considered from the start of the fork of the original Naidon’s project ?

Rewrite from the scratch a whole software code is surely hard, painful and a long time requiring matter, but … what is happened in these last six months ?
You know, some years are passed, today animation features and functionalities are included in some popular open source graphics editors, like Krita, The GIMP and (maybe ?) Inkscape.
And Open Toonz has become even open source, since last summer.
I think (and I wrote it here a year ago) that a sort of “all-in-one” animation suite (drawing + tracing + inking + sound management and sync + compositing) could be a critical choice today.
Are you sure that you can afford it today ?

Please, don’t tell I’m a troll and don’t think my post is just a flame. I only would understand what’s wrong with this project.
Have a nice weekend

@tiber Hey man, good to see you around. don’t worry I know you’re not a troll. I understand your intention behind the comment and I know you mean good.

However think about the following, the problem with Pencil2D doesn’t lie in where it’s headed but the lack of work that can be put on it. There’s too few developers compared to GIMP, Krita, OpenToonz, and else.

Those of us who have remained constant to work for the project have already begun teaming up to review where the project should move forward.

First of all please read this thread on github where we actively discussed this:

Official Roadmap Ok so I spoke with chchwy on the discord server that Spark01 setup for us. We agreed on moving the...

Second please read this feature request list I compiled that will serve to craft a roadmap for more features:

This document will attempt to describe where we are now with pencil and where we can go. The following questions are to be used as reference What features that we already have that could be worked on to enhance the overall working experience?. What...

Third, I’ll layout my humble opinion of other open source software in relationship with Pencil2D.

OpenToonz came with a lot of “advertisement” mainly because of how Studio Ghibli used it. But, what people didn’t understand is that they used it to Ink and Paint, not to animate.

Animating in OpenToonz is a tedious task right now, the drawing tools are not ideal, and even though I’ve tried it intensively, I still had to read the 700 page manual and the tutorials before being able to at least produce something.

Even for cut-out it has a huge amount of drawbacks. I’m sure it will be patched out but they have a huge corporation called DWANGO behind it, pouring money to fix it.

Krita is a great tool for drawing but it’s animation features feel a bit detached from it’s workflow. It is a great tool but it’s still a bit complicated for novice people. They have the Krita Foundation and a lot of backers that have given money to take it where it is today.

GIMP is a great photomanipulation tool, but only after patching and using several plugins you can get the animation functionality in, and that’s an understatement. GIMP is also really old, so it has gained global support throughout the years.

Pencil2D however has one single advantage that to me, and to many others, is the key. And that is it’s simplicity. We all have agreed that we want to maintain that simplicity. Make the program feel as easy to use as possible.

We have yet to gather enough backers that can provide financial support, and I’m also looking into open source or easy to access platforms (i.e bountysource, freedomsponsors, liberapay, patreon, etc) so people can support financially this project to allow critical features to be steadily developed.

Yes, things will have to be rewritten, like for example the timeline is being rewritten as we speak, you can read more about it here:

QListWidget can support adding widgets to its items, like this: So to me it seems like a good idea to replace the...

Also the MyPaint integration project is stalled since feeef hasn’t been able to work on it anymore, possible because of financial issues, but we’re thinking of ways of how to revive it and finish it since it is an important step: 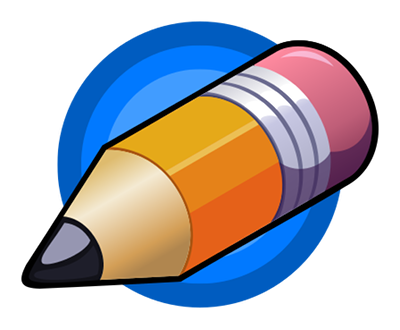 Hi! I come with a very good news for all of you, fans of animations and fans of Pencil2D! I have managed to put together a preview version of Pencil2D with MyPaint as the Bitmap brush engine. You can try it by cloning my repository and build the... 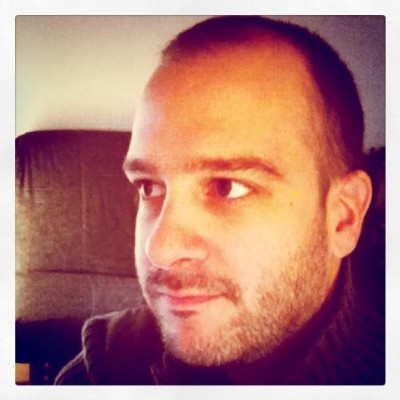 Pencil2D is an animation/drawing software for Mac OS X, Windows, and Linux. It lets you create traditional hand-drawn animation (cartoon) using both bitmap and vector graphics. Pencil2D is free and...

We can’t expect any of this to happen overnight. It needs time, it needs money, but more importantly it needs people, and if people don’t contribute to the project then we have to continue working with those of us who are invested into it, even if it takes years to accomplish.

Also the all-in-one suite idea is still there. You are supposed to be able to draw roughs, ink (bitmap or vector), color, and import sound into Pencil2D.

Compositing however is a tricky subject, and to be honest in all the animation productions I’ve worked on we usually have a dedicated compositing program like after effects or even fusion.

Of course having an all in one solution is great for studios, but Pencil2D needs to focus on all the stages from the production workflow first. Later on we can see if adding such features can be feasible through scripted plug-ins.

Thanks for visiting and for communicating your ideas, it’s important for the community to have more views on this subject

Hi tiber
this is going to be a lengthy one.

Are we all sure that this is “the one and the right” pathway to a stable, consistent and effective version of the app ?

No, how would we know? We are working on fixing the issues, this will inevitably lead to a more stable release. Notice though, stable doesn’t mean crash or bug free, it’s more of a milestone used by developers to let their users know that this is a version that has been tested thoroughly or is less prone to cause problems.
The latest nightly build is very stable, despite having problems brush artifacts (has been fixed but not released in a build yet)

Another language, another software architecture, another framework and other dependencies … are feasible alternative, already considered from the start of the fork of the original Naidon’s project ?

This would be pointless from a programming standpoint, it doesn’t get better than c++ nor would it solve anything to change it.
Why switch framework if there is no problem with the current one, it’s not going to inherently solve anything or make it easier. Qt is a great framework with plenty of activity and backbone. It fits perfectly fine the purpose of this project.

are feasible alternative, already considered from the start of the fork of the original Naidon’s project ?

I haven’t been here since the beginning of the fork so I can’t comment on that, but likely not. I don’t see why they would either as it goes against the principle of forking someones code. If you’re going take someones else code, just to scratch it and rebuild everything for whatever reason, why did you even fork it?

Rewrite from the scratch a whole software code is surely hard, painful and a long time requiring matter, but … what is happened in these last six months ?

if we were to rewrite everything from scratch, then it wouldn’t be a fork of someones else project anymore, it would be a new project that we might as well call something else.

So it’s your belief that if we were to rewrite everything, we would be able to make more progress? except we would be at square one and might never get to the point where Pencil2D is right now, especially with part time contribution.

as for what has happened the last 6 months: 214 commits has been merged, various things has been added, fixed and or removed.
The timeline is being reworked and redesigned timeline rework, the exporters are being rewritten, new toolbar icons has been made available icons (although not in the application yet).

As you can see, a lot of stuff has actually happened behind the scene during the last six months.

Whether we can afford to have all these things or not, is not the question. It’s free for us to work on this, it’s done because of interest and passion for the project, so why shouldn’t we try to do it? Krita, GIMP and Inkscape all have pretty huge and active communities and contribution rates, but they’re also a lot more complex, both in usability and features.

From my point of view, there is no good open source 2D animation software yet, Krita is getting there but it’s still WIP and OpenToonz is too complex for its own good.

Pencil2D offers something basic (so far at least) with low entry level, It has a place in the world to try to fill the open source traditional 2D animation hole.
We are atm. 3-4 somewhat active contributors trying to achieve that, and with non of us working on it full time, it’s bound to take time.

We are rewriting, refactoring, editing, adding and removing code and thus are making progress bit by bit, even it you can’t see it visually ?

Ok, I didn’t explore yet the github world. That is the real ‘development lab’ of the project. Please, excuse me.
My post was not a complain, I hope you’ve understood.
I won’t tell about other tricky and complex 2D animation suites like OpenToons or Synfig Studio anymore.
I’ve got two notebooks (MS Windows 8 and Linux Ubuntu 16), but usually I use the Windows operating system.
My contribution could be maybe as a User Manual author (once I made a Spanish translation, but I realised that @josémoreno made the same thing before).

I would ask the developers if is possible add pieces of other open source software translated in C++ from other original languages (Java, Visual Basic, Python and so on).
Is an open source class ‘converted’ in C++ from Python still associated to the original author ? Is this a deprecated practice or is it allowed ?
I don’t know how to deal with this approach, if there are even legal consequences.

Whether we can implement things from other projects, comes down to what those projects are made of, eg. libraries and framework. Code can often be rewritten with minor hassle, although of course it all depends on size and complexity.

For now I don’t think there’s anything planned when it comes to lip sync, maybe we can establish connection to such services in the future, when we’ve released the next “stable” version or something. I’m only speaking for myself though, it’s possible that Chchwy has his own vision and might not agree on that.