When I got these news shared to me I couldn’t believe it, someone called Luminar Software is actually selling Pencil2D on Amazon. I wonder if they give support for those 5 pounds worth the boxart. 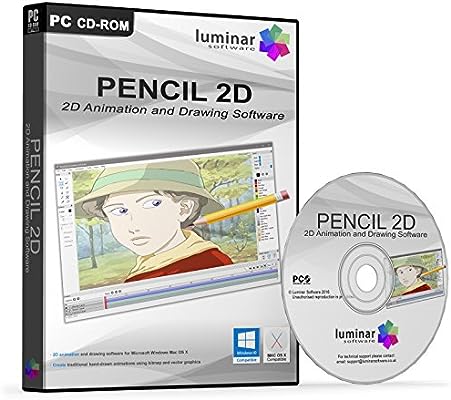 What do you think we should do? Legally I don’t think we can do anything major, since due to GPL license they can do that as long as they do provide the license that comes with the program and if they are anything smart they left the program untouched and burnt a CD with all the files.

On the other hand is pisses me off because they are getting money which the project needs, and we’re not seeing a dime. Obviously I’m sure the person has a family and whatnot, but seriously lol, this is too unreal. At best this person is ripping off people that don’t know about the software.

Use our Amazon accounts to call them out in the comments/reviews, and start spreading Pencil2D around more on social media, and video sites. I’ve seen Amazon allow people to sell stolen images on t-shirts, so they’d probably not care.

as with @nicole, Raise awareness! Don’t let people be fooled into buying software that’s already free! Aside from that though, I can’t really think of any other actions that would be beneficial aside from changing the name to Free2D or by changing the license to an Attribution-NonCommercial-ShareAlike 4.0 International license… But it would be too unfair for someone to get paid for another persons work!

This kind of thing does happen with free software. In fact, in certain situations I even encourage it, such as when the price is justified by the cost of production, or when the contribute back to the project in some way, but that does not seem to be the case here. Looking at Luminar Software’s product line, it seems they’ve done this with many other open source programs as well. There are a few potential legal issues with this:

To play devil’s advocate for a second, it could be argued that the physical copy, along with customers support, justifies the price.

P.S. Sorry if this is a double post, I just don’t see my previous post for some reason.