I’m having trouble with a particular camera movement where it doesn’t move smoothly from one camera frame to another like it’s supposed to, but rather just jumps there when the frame shows up on screen. I haven’t had this problem with any other movement in the same project, what’s going on?

@Elliot_The_Idiot Hi. Unfortunately it’s very hard to predict what is the exact issue. If you can please share the project itself and let us know around which frame range the issue occur so we can investigate.

My initial impression is that you probably have an unexpected frame near the motion, but I can’t be certain without inspecting the file itself.

Also it is important to mention that if you’re using an older version, you should upgrade to the latest one (0.6.6).

Additionally If you want to test out the upcoming the new camera motion presets along other changes (that are not necessarily final) you can download one of the most recent development builds (ak.a Nightly Builds)

In these test versions, the camera can apply motion tweening presets between two frames by right clicking the starting frame.

Example: Camera Pan between frame 1 and 10.

p.s. Camera presets are not backwards compatible unfortunately, so It’s not recommended to use the test versions for production, but if you already have your animation finished, you could use them to apply the camera motion without much issue and then export the movies. 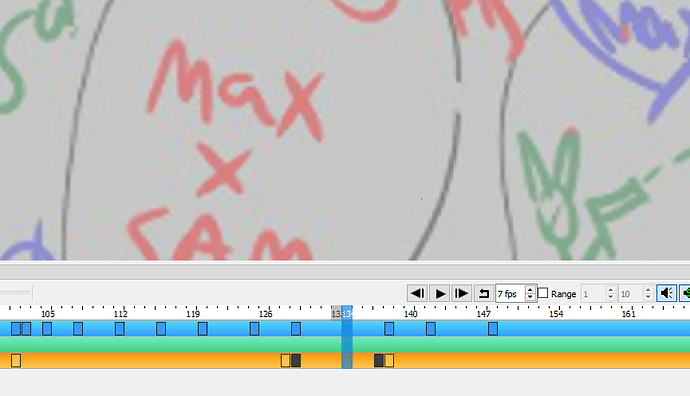 The frames I’m having an issue with are the ones I have selected. I think it may be a bug because occasionally when I toggle it just so (usually backwards for some reason) it moves, but most of the time it just jumps. Whether it decides to function or not is pretty sporadic. This is the only movement I have a problem with, the rest in the project are fine. Honestly I’m willing to deal with it if you don’t have a solution but think it’ll still export correctly

You could be running into an issue with the view caching that if I recall correctly was present in v0.6.6. If this is the issue, it will still export correctly. If I were you I would just give it a test export right away to make sure at least that works. Switching to a nightly build should allow you to view the camera motion correctly if this is the issue, and will come with the added benefits that Jose has already mentioned.

ok that’s good to know, yah no it definitely feels like it’s being “caught” on something. I’m not the best with tech and program terms though, what is “a nightly build”? and will switching to it cause me to lose my work?

The nightly builds can be found further down on the download page linked in the first reply here. They are automatic builds based on the latest work the the developers have done. As such, they have basically the newest possible features as well as fixes, but they haven’t been tested nearly as much as the stable builds, so they may have new bugs that we are not yet aware of. Currently you can open any project saved with 0.6.6 in the nightly builds, and vice versa. Making backups of your project is always a good idea, but it is especially important if you are using the nightly builds as they do have a greater chance of crashing or corrupting your file simply because they contain experimental changes. You can have both versions on your computer if you just want to test it out, but you should avoid have both versions running at the same time as that can cause issues. The process of “installing” a nightly build is identical to the stable builds.