Ok I admit maybe it’s easier than I thought but the thing is, I have made an animation of a man sleeping, Ok good so I thought I’d make the background ready, I drew a tree but it was too far off the character so I need to move the three ca. 15 pixels to the right but I can’t do that because my character on layer 1 moves with the background which is on layer 2. How come? See very explaining picture on how I hoped it would work 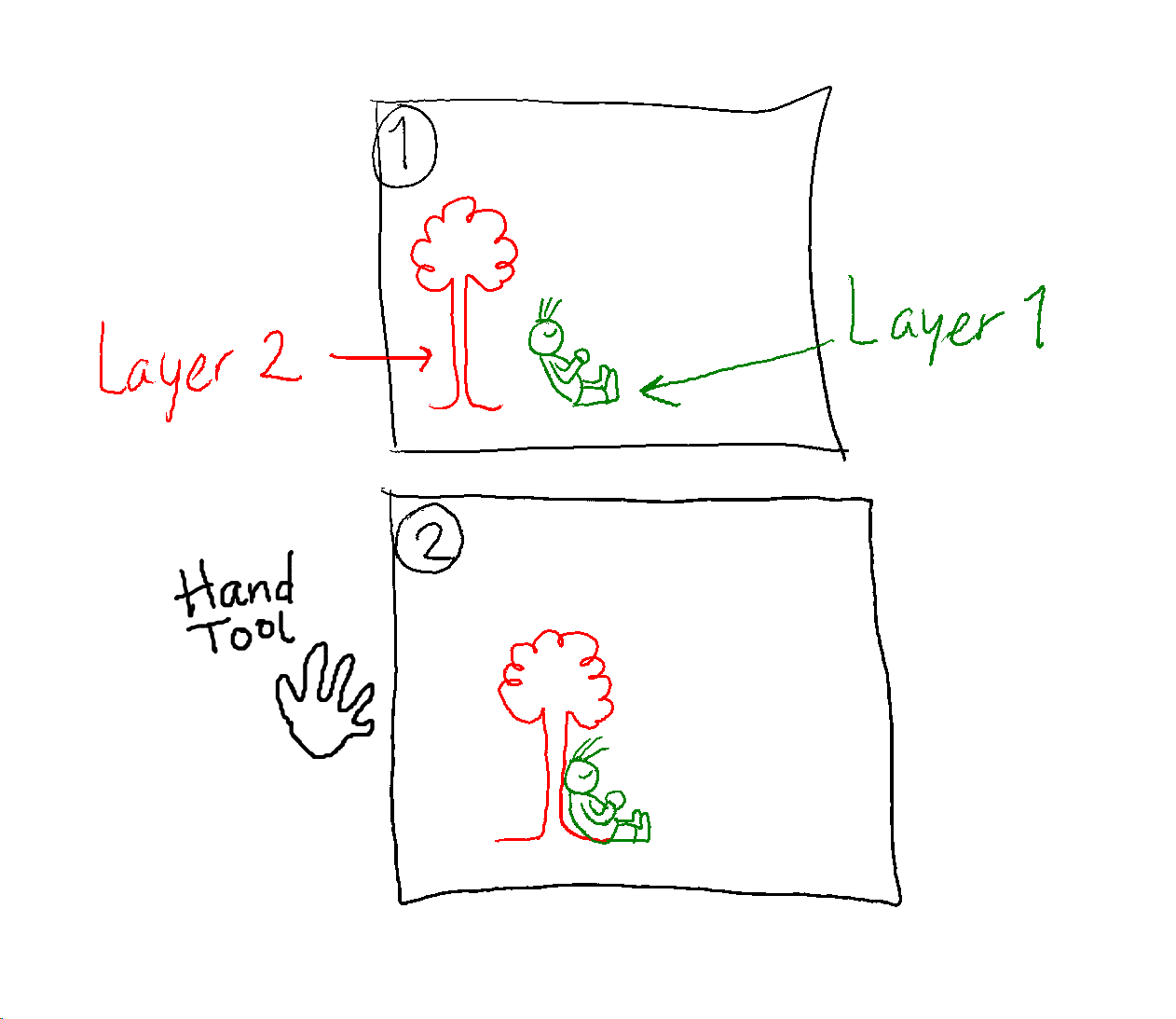 PS. Is there a merge layers function ?

Ok, I guess it was me choosing the wrong tool. I should have used Q (Move tool)

So one question stands, is there a merge layers function?

How dare you even think about merging layers? That’s heresy!! ;o)

Seriously, though, i don’t think that feature is available. The nearest i can see is cutting and pasting each frame of one layer into the same frame of another layer. Seems like it wouldn’t be worth the trouble, especially if you get halfway through and notice some reason that the layers should have been kept separate.

Maybe linking layers, as is done with photoshop/gimp, would be a useful feature, if what you want to do is be able to move objects of separate layers together.