I just had a look at this drawing software, Mischief; which could be kind of an inspiration since it has some nice features.
It’s not opensource s(neither is it free, even if its quite cheap - 65$) and it’s not perfect, but it does have some great things in it.

It’s like a bitmap drawing application but in vectors. That means you use it like eg. Photoshop or ArtRage (not like Illustrator); but that it’s in vectors.

1 - Great brushes, really nice to use
2 - INFINITE canvas. Sounds kind of “déjà-vu” (every vector application has infinite canvas), but really, that one works great to zoom / unzoom on parts of the drawings
3 - The sliders (to change layer opacity, brush size, etc) are quite cool : It’s not an handle you have to click and move, but more like a bar where you click anywhere and it takes the value you want.
It’s easy to “visually” remember its value. 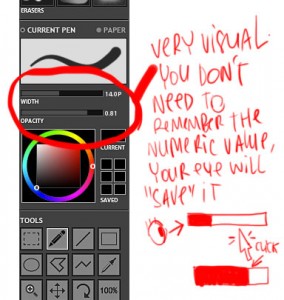 (I still think there is something to work on sliders)

I just did some tests yesterday and it’s quite pleasant to use, even if there is a lack of functionnalities. 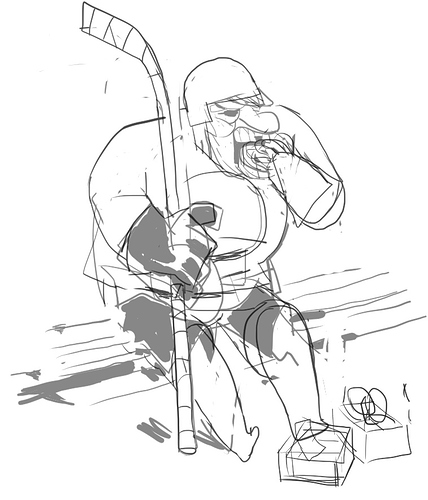 Maybe this could be a cool source of inspiration for some functionnalities in Pencil2D.

I keep testing Mischief and woah !
I really enjoy it.
You should test how the brushes are great.
Never felt so comfortable with my Wacom.
It’s a true pleasure to drawn with it !

Well, there is also a very interesting interview with the creators of Mischief.

This could be interesting for us !

About 5 years ago, we were approached by the Head of Research at Disney. They were having trouble finding a digital drawing program that their animators could use. The programs out there were not responsive enough and they didn’t capture what was being drawn very well. It was very frustrating for the artists. I’d been doing some research on curve fitting and we were asked if we could try to create a drawing program that would satisfy their needs. Our whole focus in the beginning was to make sure that the pen/pencil just ‘felt right’. I think that’s one of the magical things about Mischief.

It didn’t run on my computer, but one of these days I’ll get a new machine, maybe I’ll look into this then!

It does look really interesting.