Hi, I’m new to animating and pencil. I had a quick question. Not sure if there’s a tutorial somewhere I can find, but if I were to layer two animations on top of each other, can I transfer a layer from one project to another? How would I do that? Or is it best to just layer in like a video editing software instead? Or is it best to just use two layers in the same project? I ask because I’d like to trace animation on two different imported videos, and it seems like the most safe and efficient way to do that is a different project per video I’m tracing. Does anyone have advice on the best way to do that?

G’day, “kurmisthefrog”! I’d suggest that if you’d prefer to layer them both in Pencil2D, then you could export one as an image sequence (File > Export) and then import that image sequence into the other project, using the “Peg Bar Alignment” tool to align them properly. Although, if I were to do a project similar to yours you have told us about above, then I would have used the same project, but used separate layers, hiding the ones I’m not using. 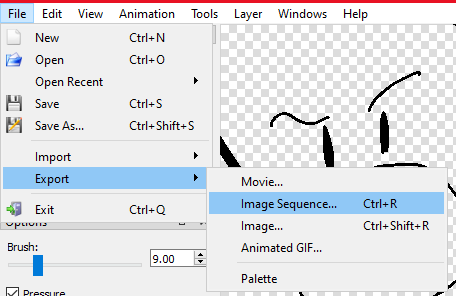 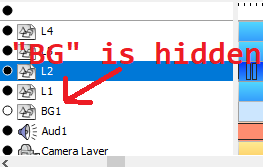 You an export and then import image sequences as JoeyH suggested. You could just use the same project file, but it is a good idea to split your work up where possible. There is also the option to import the layer directly from the PCLX file without exporting by going to File > Import > Layers from Project file. You generally shouldn’t need to use the peg bar alignment tool.

Thank you both! My computer seems to be running and exporting things fine, but I think I will use two projects and then use one of these methods to import a layer from one project to another. Don’t want to lose the projects with too many things at once.