Layers: can I lock or duplicate?

Hi is it possible to lock a layer?

I’ve discovered the hard way to check I’ve created a new keyframe to draw into but I still trip over creating a new layer but any new work goes into the layer I just worked into. Locking a layer would be great - especially for tracing.

Also, is it possible to duplicate a layer easily?

I want to tile a sequence but at the moment it’s a convoluted process.

@phila Yes, locking a layer would certainly be nice. This might happen however, only after the timeline has been re-made form scratch, the current one is a mess (according to the core devs) and adding too much stuff might be more difficult.

Duplicating layers was actually developed recently, but it is under strict review and might not come until version 0.6.6 unfortunately. For reference the current version is 0.6.4 and the next release will be 0.6.5.

For now a workaround we recommend is exporting the animation as an image sequence and then importing that into a new layer.

To save work you don’t need to export the “empty” frames that are treated as exposures.

Pencil2D has the Export > Image Sequence > [ ] Export Keyframes Only feature, which you are to use in pair with the Import > Image Sequence Numbered option (in the next version this is called Image Predefined Set) where you only select a single image from the exported set, and Pencil2D will automatically select all the related images as well as palce them on the timeline according to their original frame number (as indicated by the filename enumeration). 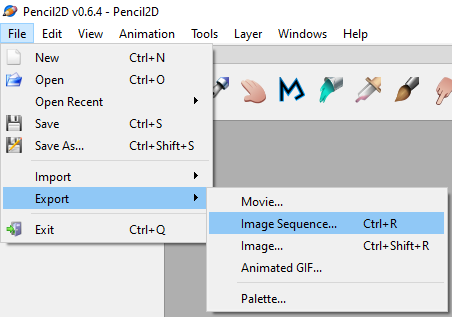 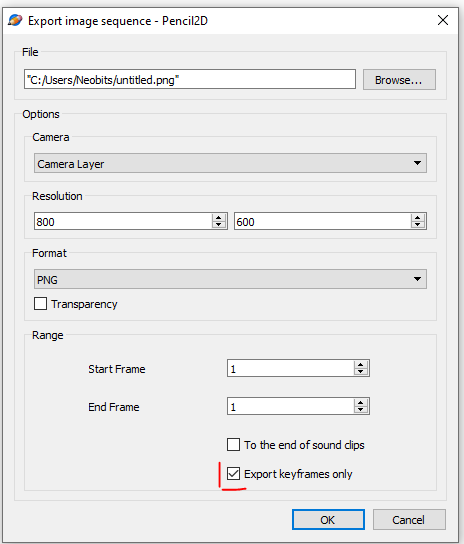 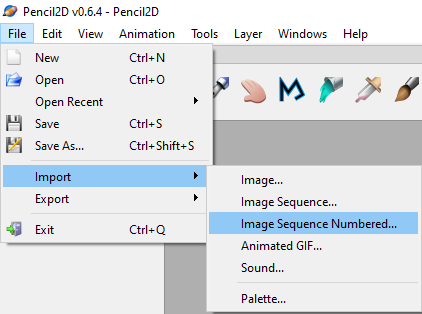 Strangely, I disagree with the devs on the timeline being a mess - there’s a lot I like about it. But then I’m no character animator. I can (after a fashion) “animate” but I find moving keyframes and frames around on a timeline really easy compared to other applications so I hope any big changes don’t destroy what works really well.

I like your “export image sequence to re-import” idea. I’ll go with that - rather that than the Developers change Pencil into something that isn’t as immediate.