I made some corrections and improvements today in french translation.

In some case, for the same term (like range), 3 different words where used, in other cases 2 different words were used, sometimes English to French translation was made word by word, losing the original meaning. That was already a very good job, but this needed few corrections. I searched in the interface to be sure what was the meaning.

I tried to improve as much I can, using words generally used in animation. I also completed most of missing translations.

I replaced safe area, with safe margin in french translation, which look more usual, I’m totally sure, but at least it is unified and understandable.

And for timeline, there was timeline, or sometimes chronologie (chronology), I unified to the last one, but I’m not sure that it’s the best choice, I believe, timeline is often used in french too. I didn’t found good example of translation for now I think about chronogramme, but it’s more used in electronics. I will try to search again.

There is still few points, I am sorry but I don’t understand at all what is precisely sound scrub/srubbing, I searched around the net without founding complete answer. I believe there was a short tutorial about a video insertion and scrub for pencil2d, I can’t find it again, and didn’t really understood what it does. It looks like it is for the lipsync ? Can someone explain be, to search for an existing good translation?

@Popolon I think you could take a look at TVPaint and see how they refer to most of the unfamiliar terms. As far as I know they are french, so you can read their old tvp10 manual as PDF here https://www.tvpaint.com/v2/files//downloads/manual/tvpa10/french.manual.pdf

In spanish we call it “línea de tiempo” (literally line of time) sometimes we also call it “time ruler” which could also help for a potential french translation.

Sound “scrubbing” is a very common term used in video editing and motion graphics to describe the act of moving the playback cursor back and forth to prospect sound frame by frame. https://en.wikipedia.org/wiki/Scrubbing_(audio)

In english “scrubbing” is also related to cleaning with a “scrub” or brush, usually for ship decks, which reminds of the back and forth motion (and why I assume this term was adopted). 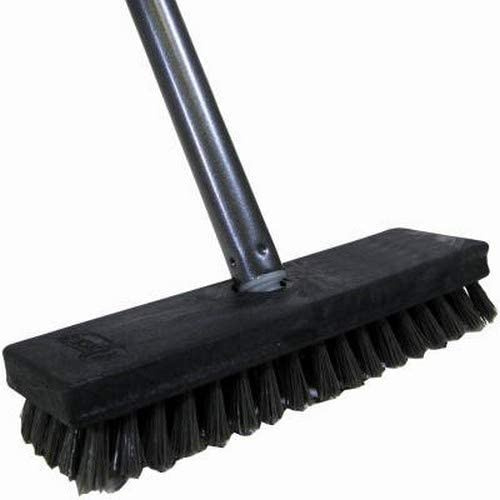 Here are all the videos showing the latest features including sound scrubbing at the end.

It’s been well over 1 year since our last release. Many things have happened for all of us and even though we are still performing post-release tasks...

Thanks, I thought about “ligne de temps” the literal translation, but was not sure. Timeline is most time used, there is a french free software called “Lignes de temps” that is based on this tool (by name and by functionality) to organize and annotate sequence of events. I so translated it by “ligne de temps”, people that don’t speak english will undesrstand and people that have the habit of timeline will understand it too.

I found the notion of scrub to clean, but not this en.wikipedia article, that explain well the goal. Thanks a lot, so I kept scrub/scrubber translated “Scrub audio” for “sound scrub” and unified translations of this term. There was “curseur” (cursor) at one place that don’t help at all to understand it.

Just changed added translation for exit from sortie (name, not verb) to Quitter (Quit) that is more common in applications and translated new entries.