How do I view my video the way it's actually gonna look?

I’m trying to watch my animation the way it’s actually going to look as a regular video, cause, you know, you kind of need to be able to do that to make sure everything looks good so far. If I watch it on the bitmap layer, it shows that rectangle changing size instead of allowing me to watch the video zoom like it really would. If I watch it on the camera layer, it actually follows the camera motions I set up, but the thing as a whole is stuck so whatever it’s displaying is huge and I can only see like half of it. I can adjust my view using the zoom tools on the bitmap layer fine, not that it matters there, but on the camera layer it won’t budge unless I’m actively making a camera edit that will stay in the video. (Like I can’t just zoom in and out for my own benefit seeing what it’ll look like).

I’m getting really irritated that the only viable way I can go about things is hoping that moving rectangles will translate to a good looking animation. isn’t this kind of like a cook not being able to taste the food while he’s cooking? That’s… kind of important.

@Elliot_The_Idiot Hi. When you select the camera layer right now it will show you how things will look at the same size of the video 1 to 1, so if the video is meant to be 1080p and your screen resolution is 1080p it will fill the entire screen and the panels will cover the animation. So this mostly works if your video is small, but not with other sizes.

This is going to be changed for the next version so you will be able to zoom out the view and the camera separately.

On the other hand since there’s no preview feature currently available the only workaround I can offer you is to export the video to preview, but when you do, in the export settings you can make the output size smaller to render it faster (the camera size will still be 1080p but you can export smaller sizes to preview quickly). This is what some people call proxy video previews, just be mindful of keeping the proportion: 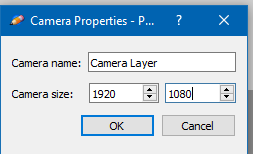 I’m sorry to hear you’re having a hard time with Pencil2D in that regard, honestly we want to be transparent and I personally wouldn’t ask you to wait since I don’t know when the camera changes will drop (hopefully next month in the testing version of the app but I’m speculating), and unfortunately we don’t even know if someone will be able to pickup the in-app preview feature idea and work on it since it would need a lot of work.

With that said It might be worth looking into an alternative that can allow you to preview the animation inside the software meanwhile Pencil2D gets better.

These are just suggestions but you could just draw in Pencil2D and ship the drawings to a different app to handle the camera and editing. You could try Opentoonz or Hitfilm Express (free video editor) although there’s a plethora of other tools to finalize the animation.

For example one of our veteran users actually did a video tutorial on a fully animated background zoom-in where the camera was done with hitfilm express it could be worth taking a look at it. 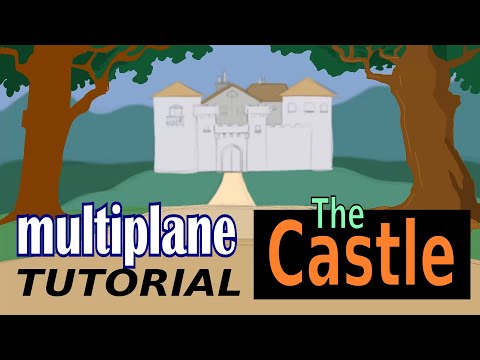 I see, thank you for answering