I’ve been working on a 5 min animation, but is super frustrated with random frames becoming out of place.
I have to go back and fix each single frame and it is taking up more time than making the frame.
This is very very very frustrating, if this keeps up i cannot finish my project

@tsaosula We’ll try to investigate this issue to see what’s causing this. Can you answer the following questions?

Also, right now If you really need to finish your project, as a personal advice please export your layers as image sequences with transparency and import them into Krita 4.0 (http://krita.org), that way you might be able to finish your work without further setbacks for now meanwhile the developers figure this out.

I am working on my video now and when i moved the frames then saved, all frames got messed up just now again…
i exported the video here, the frames after 0:52 are all fucked up and i am really sick of this…probably won’t use pencil2d ever again, very bad experience… i know i can’t complain because it’s free, but i rarely have this type of experiences…

I did a quick test and found how to reproduce the issue:
(1) select a lot of my frames and shift them to a later time (so i can insert more frames in between)
(2) save
(3) the shifted frames get messed up

Any idea if this is a forbidden maneuver or it’s an actual bug or it’s expected behavior?

@tsaosula It’s ok, it’s understandable, that’s why I advised to use a different software in the first place, I’m a professional animator and right now I still can’t consider Pencil2D to be production ready even though many other users have used it somehow to this end. This kind of issues happening Is not a problem of being the software being free, but rather that there have been no further volunteers to help with the development even after many attempts to bring more helpers.

Regarding the issue at hand, I think this is the first time I’ve heard about this. I did report an issue in the past that still exists which drives me crazy, and that is that if you select and move some drawings on the timeline the keyframes you pass over while dragging the selection shift to the right or the left when you move them so indeed the timing get’s thrown a bit off.

However this happens instantly, not after you’ve saved the file. All in all, I’m sorry that you’ve had so many issues, and I hope you can finish your work on time. We’ll try to investigate this so it can be fixed in the near future. Hopefully once the software is production ready, we can count on you to test it once more even if it doesn’t become your tool of choice.

Just as a way of helping we do have a list of other animation tools on our blog. Hopefully it will help you pick one and finish your work: 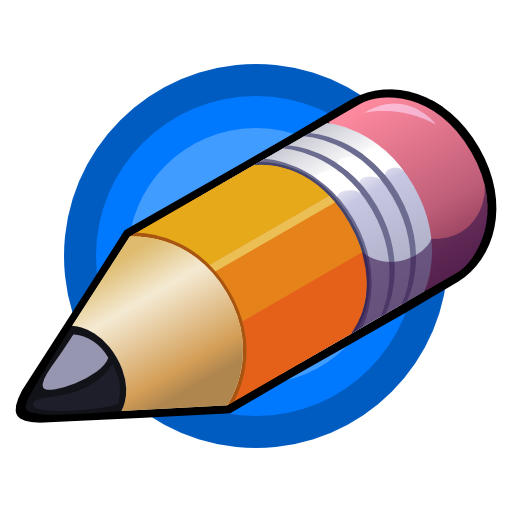 @witchguy24 Sorry to hear about your issues, it is more than likely that your tablet drivers are acting up specifically with Pencil2D, usually I’d ask you to report this so we can see how to fix it,...

thank you for being so polite despite of my fury and frustration. One thing to note is that my issue is not just frames become out of order, the frames become out of position randomly… which means now i have to go back to each frame and try to drag them to the original position, which is impossible to be consistent. I end up just redrawing them… over and over again.
At least now i found out how the issue is reproduced. I now just have to add thing to the end of the animation instead of trying to insert them in the middle.

There’s no need to worry. I too had my fair share of frustration with older versions of Pencil2D as well. I really hope we can bring this software up to speed, but by all means think of your work first.

Thank you as well for taking the time to find a way to reproduce the issue, this will surely help us to find the culprit sooner or later

Just to be clear, does this happen when you move the frames in a sequential manner or only when you drag frames across each other?

if the latter, that’s the expected behaviour atm. but nonetheless a bug.

@CandyFace he also mentioned that the frames became randomly scrambled out of position after the steps he mentioned and saving the file, which indeed goes beyond the bug I referenced earlier.

Hmm I see… we’ll need more information then. I’ve tried reproducing the bug via the steps provided a dozen of times with no success so far.

How many frames are moved at a time and what’s the total length of the animation? I’m suspecting that the references gets messed up somehow, possibly because of project size.

Hi,
I have about 2400 frames. I can share my file for you to reproduce the issue.
everytime i try to shift large amount of continuous frames by selecting them then move them and save, things get messed up (frames become out of position and out of sequence)

That would certainly make it easier to reproduce, if you’re willing to do that.

I know the total amount of frames now though so I could probably throw something together myself but if you don’t mind sharing your project, then I will gladly look into it.

No problem, the file is a bit large (160MB)
the link is here
https://drive.google.com/file/d/1KIV2CdCPVWFK8nOeM3-wvHRlV5xvIv-G/view?usp=sharing

You can just add another sequence of frames in the middle of the already existing frames. There will be messed up frames from the frames that are shifted (by manually dragging them to the right hand side) after you save the project.

@tsaosula
Alright I’ve had some time to test your project but I can’t seem to reproduce what you’re experiencing.

I selected a bunch of frames, dragged them around (not across other frames) so they there’s plenty of space for new frames, then added new frames in between, saved the project and pressed play. everything worked as expected. No frames are offset or repositioned or anything.

@JoseMoreno are you able to reproduce this behaviour with his project?

hi
can you try select say 200th to the end of the frames and drag them say 40 frames to the right?

Ah… whoa… alright I see what you mean. it got completely scrampled… I’ll look into it and see if I can find the cause.

I am glad you can reproduce the issue. Looking forward to having this fix. Now i am becoming acquainted with Pencil2D, i would love to continue to use it, but with this limitation i am very hesitant to use Pencil2D for large project…since it means once i get something going, i cannot go back and insert more frames…