End point when exporting either GIF or MP4 files

When my animation is played using the play button it plays until the end of the blue line above the frame numbers. This is defined by the range inputs.

But when I export the same animation, it stops at the last defined frame, see attached images. 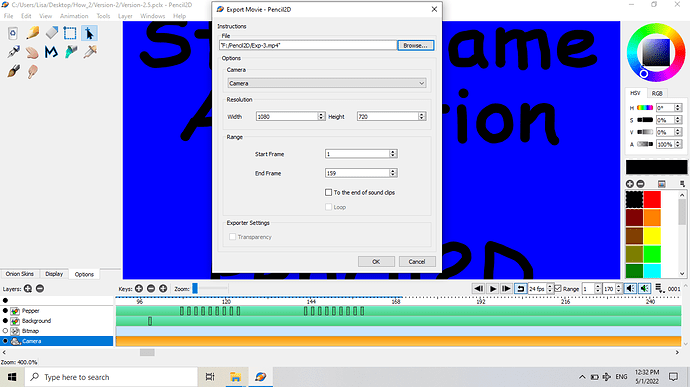 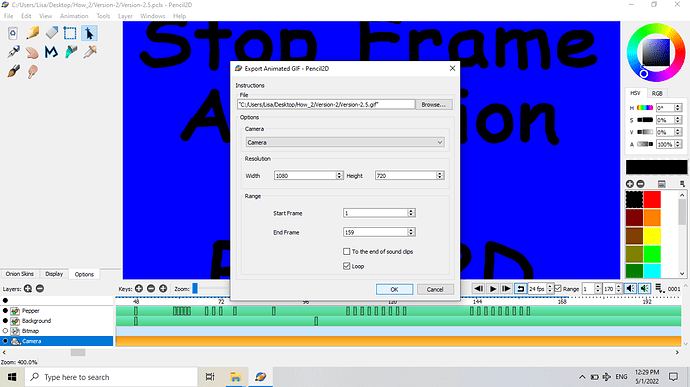 There is a work around for this problem and that is to add a frame in any layer in the last frame position, as shown in Animated_GIF-2.png.

Apologies if this problem has been previously reported by another user.

This is expected behavior. The range selection at the top of the timeline is only meant for changing the preview playback range. If you want to set the exported frame range, there is a section for that in the export dialogs you’ve taken screenshots of. It is automatically set to between 1 and the final keyframe, but you can set the end to be before or after the last frame and it will making a shorter or longer export accordingly.

Thank you for your reply.