I made this walk cycle featuring three animals. What do you think? Which is your favorite cycle? Personally the second is my favorite. I know I forgot the tail on the third one but I can easily edit that for my final animation.

@DoomesPro93 I think it looks appealing, but it’s more of a stylized walk. In actuality the hips and the chest areas would move up and down even (and specially) when walking.

I recommend watching this clip by the all-time animation master Richard Williams, where he explains how to animate a horse walk, but this train of thought can be applied to animate quadrupeds (four legs) in general. 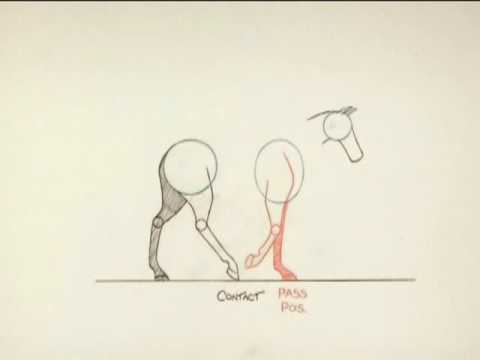 Here’s some animated reference for different types of walks and trots by Stephen Cunnane, though it seems some of the motions are “incorrect” according to this comment so always make sure you have live action reference handy to fall back on your studies.

Reference is not meant to be used directly; you’re not going to trace it, is just to analyze how the general motions work and apply it to your own character.

Lastly be mindful of the legs anatomy, even as a cartoon how they move need to be roughly credible otherwise this will hurt the believability of the motion, which is the most important thing in animation.