Has anyone tried to do an android port of pencil2d?

It seems like it would be possible but I’ve not had a good look at the code yet.
QT apps look possible on android.
Are there any optimisations that are x86 only?

Any info would be great.
Google has turned up nothing.

@yamsoup Hi, welcome to the forum. I understand the novelty of turning animation apps into the tablet grounds, since it would be terrific to use the app with new drawing hardware. As far as I know no one has tried that kind of implementation so far.

We are just a few volunteers so it’s difficult to have access to any kind of radical implementation without a full roster of developers. On top of that no one seems to be actually interested in helping out to help further this program, most users just want to use it, and when they can’t they bad mouth the app and blame it on the current devs, lol.

Strictly speaking, right now the app has many critical problems that need to be addressed prior to any other kind of feature-oriented consideration and I personally don’t think a mobile port would be the best way to spend development time for the limited human resources we count with, so I doubt you’ll ever find anything related to android development from Pencil2D.

Now regarding specific x86 optimizations? I can’t really say, you’d have to ask @chchwy who is the lead developer and is the one who brought the program back from the dead.

The only place I can direct you to is the Github tracker where most tech-savvy discussion takes place: 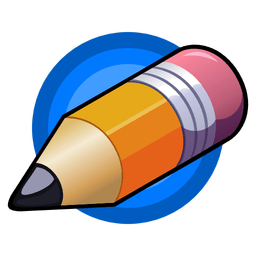