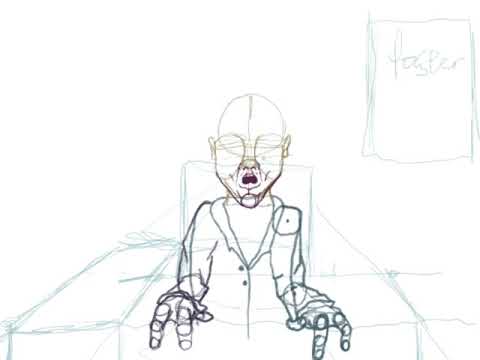 I’m a little less than half way through lip-synching, but I need a break. I think it’s going okay. This is my first time using Pencil2D’s sound scrubbing to draw the frames. I’m probably going to ink the whole thing in Krita to get the look I’m after, but before that, it’s all Pencil2D.

The final pencil test is done, here it is: 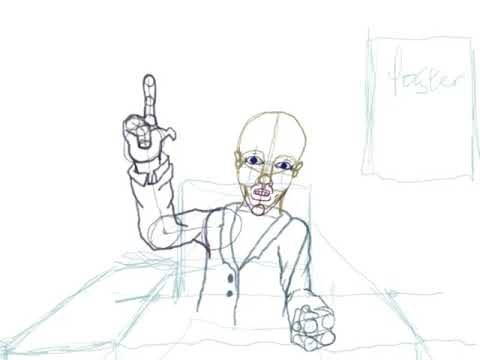 The talking looks good so far, but the hand should NOT be in the face when he talks. Either you make a short brake, move the hand away and say the rest, or you put the hands somehere else.

Yes, it is quite good. I hope, that you finish it. I Ilke the movement of the head and body. It is quite dynamic, the opposite of static. Your skills are really advanced, i can see it.

I did consider doing sections where the hands covered the mouth, like the trick used in a lot of anime for long dialogue scenes and I am trying to figure out things to speed up my process, but after I listened through my voice recording a few times, I just felt like “This guy would keep his eyes and mouth very visible… he’s a bit of a creepy jerk who very much wants to control where your eyes go… who has very strong opinions about water consumption”.

I think it’ll get done. I just needed a break from staring at close ups of lips, teeth and chins… back into it today

Though I really have to figure out some more short cuts… I might allow the hands to drift over the mouth a bit more in the future.

I did consider doing sections where the hands covered the mouth, like the trick used in a lot of anime for long dialogue scenes and I am trying to figure out things to speed up my process,

You could distract your audience a little bit with something else moving in the background, or you could be more static in the face and only move the mouth and reuse some pics.

You could move the camera away from him to show a paper and then you let him talk the most of it and come back with the camera to let him say good bye.

I think I’ve got about 100 frames or so less of lipsync to do… Then I’ve got the eyes, but I think that’ll be more loose and fun.

I’ll probably post another unpublished video here of the final Pencil2D version before I shift over to the Krita inking.

I have no clue how long the final version will take, but I usually find inking easier and more fun because it doesn’t require the constant checking that the early pencil work requires.

Good luck with that! I’m sure it’ll turn out great and i do look forward to seeing the final Pencil2D version 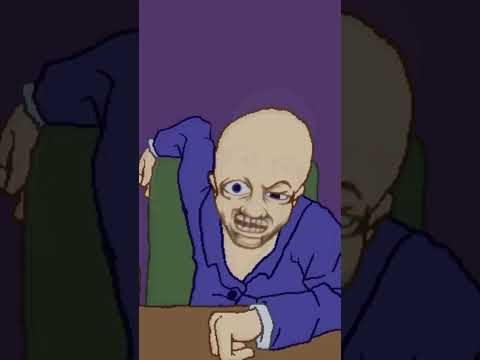 I’m not sure how I feel about it since I just finished it… I’m a bit worried I rushed it towards the end since it was taking quite a while for a very short animation… All the final frames were done in Krita and edited in Shotcut, but the complete pencil test which was made in pencil2D is now included in the original post.

I hope you enjoy anywho.

I would say, that the music is not necessary and disturbs a bit. The talking is importand and a bit too quiet.

@FraFraFrankenstone I mostly agree. I’ve heard it via a few sound outputs and I should of put more time into mixing. It’s very clear on the phones I tested (maybe they handle bass differently?), but murky on PC speakers… I should of pushed down the music and combed through the vocals with an EQ to push it up again, then pull down conflicting frequencies in the music track, but I rushed the end of it

I think I’ll keep my raw files and when I have more shorts, I’ll clean it up for a compilation. I usually spend more time on Audio, but I was really just wanting to get something released.