@manu, I love your ideas. Some of them would improve the user experience a lot and are not very complicated to implement.

Duplicating and Merging entire layers can be made quite easily and could even be implemented with composite mode options (add, multiply, screen, overlay…) this would make possible to colour grade and colour effet your animation.

All this would take me a week of dev I guess.

About filling with a transparent colour, I you tried to fill with a colour that has alpha set to 0?

I totaly agree with the select tool for transforming (rotate, mirror…) the selection. I still have not been debugging the select tool and I plan to do it this week. If those features are not difficult to implement, I may do it as well.

feeef > The layer duplicate and merge features has been one of my biggest requests for pencil2d. I am really looking forward to duplicating layers - its great for experimentation and making variations of animations!

Btw I have noticed that pencil2d’s website top right button-links that lead to google plus and facebook groups are both dead links. I am managing pencil2d’s fb group here:

If you would like, I will make whoever is in charge of updates at google plus a manager of that group as well!

As to google plus - it’s been active with updates thanks to you! Also the community has been creating new wonderful animations with pencil lately! https://plus.google.com/+Pencil2dOrg4y

the twitter group has not been updated since february - I am not managing that one - not sure who is running it.

I agree with you Todor! This feature also has to be implented.

@blurymind ah so you were the one in charge of the FB page! nice!

You’re right the links on the top are dead but I apparently have no permissions to change that, We’ll have to let Gordie know @admin so he can update those with the current ones. The twitter profile I think is managed by him as well.

I think @kaiko is the one in charge of the G+ community so you two should have a talk. If any of you need my help with either thing let me know as well since I’m trying to be as active as I can.

I think is good that there are several people involved in the social media outlets but we should host a few online (or forum) meetings when we finished improving the website and when we have a stable release so we can shout it out in unison. Thanks!

If you remember I was once managing the Pencil2D’s facebook with yourself, but lost my login. After being away from this project for a while I decided to come back and continue maintaining Pencil2D’s Google+ page.

even despite I have a facebook account, it doesn’t inspire me to be there, if you know what I mean.
Meanwhile Google+ has been updated recently and it its likeable, to my taste of course

EDITED: By the next year I will surely have a more open-minded related to this since I have lot of things to do right now. I will let you know any changes.

I was just playing with the duplicate layer and move functions in the latest builds.
(They actually seems to be working pretty good. The shift-move and control-move are pretty slick also…

Copy-paste functions within the frame oth… well not so much at the moment… ;(

My experience with Pencil has always been pretty swell. As a bitmap sketch tool, I never had any complaints other than the selection and transform tool. It definitely needs lasso selection and the ability to rotate. This has already been mentioned, so I will move on.

Most of the major improvements that I can see taking Pencil far would be to the vector graphics engine. I have scoured the internet for a software that deals with SVG graphics sequentially with little luck (Tupi isn’t dynamic enough and Synfig deals with interpolation/tweening only). So I revisited Pencil… It’s vector tools are quite primitive, lacking bezier handles and point addition and subtraction. But it does handle them frame by frame and I will say that its “vector curve smoothing” does quite a good job at simplifying curves.

But then again, this is what got me to stop using Pencil in the first place. I would finish drafting and then when it came time to finalize line quality and color, it seemed nearly impossible. Only because it became too tedious to draw and redraw vector lines. And I thought, “This is the opposite intention of vector graphics.” It should be much easier to lay down a curve and make small adjustments as needed. Most of that would be made easier with multiple point selection and bezier handles alone.

I’m not a programmer by any means. All I know is HTML, CSS, and some JavaScript. So, I’m not at all sure what it would take to implement more advanced vector features, but I do believe I have used enough vector software to try and help weed out the necessary and unnecessary tools and features. I will post a video sometime later this week of all of the tools that I think could exist in a vector animation suite. Tools that prioritize sequential vector practices over static ones.

Would the source code for an extremely stable iOS vector software be of use?

I believe it was coded in C++ 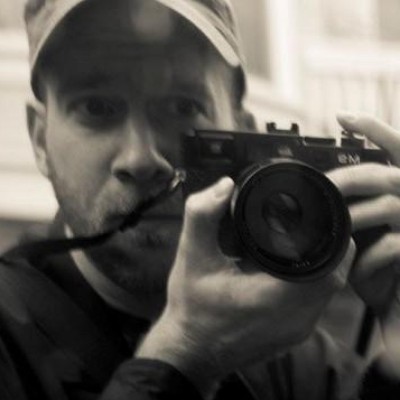 Vector illustration app for the iPad. Contribute to sprang/Inkpad development by creating an account on GitHub.

I would put this software against Inkscape, Illustrator, or iDraw any day of the week.

My focus is to explain why vector has a significant advantage over raster/bitmap even in a frame by frame process. Longevity (in terms of resolution), superior refinement/editing capabilities, and overall interconnectivity (I will explain this more in depth as I try and introduce tools that depend on vector graphics for functionality). Just to be clear, I don’t think interpolation or tweening is of great interest to Pencil so things of that nature will not be addressed.

Is this something that any of you feel is worth a lot of attention? I think that clean lines and the ability to manipulate them freely could be a great asset to Pencil. Any takers?

I thought i’d put my input on this. I found 2d pencil a while ago, but I forgot about, then found again. I am a new animator, and I am self taught. I have been making short gifs using the original 2d pencil because the nightly builds, their redo button is not functional, on the newest version. Maybe I downloaded the wrong one, I don’t know.

I do know, so far I am enjoying 2d pencil, I have been using various art programs such as clip studio paint, and gimp. So the functionalities came easy to learn. I have tried free trials of other animation software, and always ran into the problem of being overwhelmed by new tools, confusing tutorials, and complicated ui. 2d pencil is simple, and pretty straight forward, I was able to pick it up and start using it right away.

I don’t know what to say, other than whats already been said. The video export needs to get working, the redo button needs to be fixed on the nightly builds, I’d like to be able to see the audio functioning.

I’d also like to see a feature that allows the user to record, then import it it right into the timeline.

I still haven’t explored everything for 2dpencil, but even how it is currently, at least I can learn to animate with it.